Modern medicine has treatment options for almost everything that can possibly affect the body or mind. These days, in most cases, you can get a doctor’s prescription for an oral medication or topical treatment for whatever is making you sick or causing you pain or discomfort. If a more invasive remedy is required, it’s rarely something we haven’t heard of (or haven’t seen on “Grey’s Anatomy”).

But things haven’t always been like this. Remember: It wasn’t until 1928 that penicillin, the first true antibiotic, was discovered. Before medical studies could prove the efficacy of certain drugs or treatments, people tried all sorts of rustic home remedies and strange-sounding procedures. Here are some of the bizarre medical treatments that people actually believed worked.

For centuries, “bad blood” had quite a different meaning than it does today. Medical practitioners used the phrase in the literal sense, believing that sick people were afflicted with blood that was actually “bad.” So, the practice of bloodletting became common. In order to rid the patient of the sick blood inside, practitioners would cut open a vein to drain blood, or even use leeches to suck the blood straight out of the skin.

According to History, bloodletting (known as phlebotomy) was common well into the 19th century, used for everything from a sore throat to the plague. And leeching and bloodletting are still prescribed treatments today for certain rare illnesses.

Now known to be extremely toxic, mercury was once widely used to cure sickness. It was used topically by the ancient Persians and Greeks, and prescribed as an oral medication to give people eternal life. Obviously, that didn’t work (Chinese Emperor Qin Shi Huang was one mercury casualty — he supposedly died after taking “immortality” mercury pills). Until the early 20th century, mercury was also used to treat sexually transmitted diseases like syphilis.

Chinese medical practitioners once used animal bile to treat a number of health conditions. (If you’re not familiar with bile, it’s a yellow, orange or green aqueous fluid in the “exocrine” secretion of the liver.) According to the World Journal of Gastroenterology, python bile was used to treat a number of ailments, including colic, hemorrhoids, dysentery, gingivitis and “ulcers of the external female genitalia.”

Drilling Holes Into The Skull

Trepanation — drilling holes into the skull to cure disease — is one of the first forms of surgery. While we don’t know exactly how this practice started, History notes that it may have been a tribal ritual or a way to release evil spirits from the sick and mentally ill. Or it may have been a more conventional surgery used to treat abscesses, blood clots, epilepsy and headaches. Wherever it came from, it’s totally grim.

Another type of animal bile used by ancient Chinese doctors and pharmacists came from the mighty elephant. In this case, the bile was diluted with water and used to cure halitosis (foul breath). According to the World Journal of Gastroenterology, it was also used to treat a number of eye diseases and infectious skin diseases.

Cocaine became illegal in the U.S. in 1914, but until then, it was widely used to treat a range of ailments, from depression to toothache. According to a review published in the Journal of Substance Abuse, cocaine has had “a long and distinguished history as a medicine and local anesthetic.”

One of the most famous — and outspoken — advocates of cocaine to treat mental illness was the Austrian neurologist and founder of psychoanalysis, Sigmund Freud. However, he was “nearly destroyed” by his own use of the drug, and according to PBS’s Newshour, withdrew his support of cocaine after he experienced chest pain, depression and extreme nose congestion.

According to the University of Oxford, a treatment for warts used to entail rubbing the slime of a black snail onto a wart, then hanging the snail from a thorn. As the snail died, so did the warts (apparently). It had to be done for nine nights in a row to ensure the wart completely vanished. In some parts of England, a large black slug was used instead — either way, it was all about the slime.

In medieval times, surgeons treated severe hemorrhoids by burning them off using a hot iron. Ouch! An illustration dating back to the 14th century, held by the Institution Bibliothèque Universitaire de Médecine in Montpellier, France, shows this process in all its agonizing glory.

Sleeping Beside A Human Skull

In Babylonian times, doctors believed some illnesses were a punishment from the gods for past wrongdoing. But back then, doctors relied on magic more than science when treating ailments. According to History, a case of nocturnal teeth-grinding might indicate that a deceased relative was trying make contact. The suggested remedy was sleeping next to a human skull for a week to exorcise the spirit. And that’s not all: The tooth-grinder was also advised to kiss and lick the skull seven times each night.

In the 1890s, German drug company Bayer promoted heroin as a cough, cold and pain remedy. And as late as 1912, the company encouraged parents to dose kids with heroin to treat coughs, colds and “irritation,” according to an anti-Bayer watchdog group. One Spanish ad for “Heroina” to treat bronchitis in kids shows two unsupervised children reaching for a bottle of the opiate across a kitchen table, while another shows a mom spoon-feeding it to her sickly little girl. “La tos desaparece” (“the cough disappears”), the ad says.

In 1927, Julius Wagner-Jauregg won the Nobel Prize in Physiology or Medicine for his “discovery of the therapeutic value of malaria inoculation in the treatment of dementia paralytica.” In other words, he figured out that malaria-induced fevers could help treat syphilis. The (rather obvious) problem was that a large number of patients died from malaria, as it happens to be deadly.

A particularly disgusting remedy for sickness and injury in ancient Egypt was animal dung. The excrement of dogs, flies, donkeys and gazelles was used to heal and fight off bad spirits (maybe it was the stench that repelled them?) and it sometimes led to tetanus and other infections. However, there is some evidence that the microflora present in certain types of animal dung has antibiotic properties, so to some extent, these treatments may have appeared to be effective.

Sulfur To Reattach A Womb

The ancient Greeks had some pretty interesting ideas about the female body. Particularly bizarre was the notion that the uterus of a celibate woman could detach from its place in the body and move around as it wished, leading to hysteria, seizures and suffocation. This idea endured even after doctors learned that the womb was secured in place by ligaments and couldn’t travel.

To stop wombs from roaming around, women were taught to marry young and have as many children as possible. And if a womb had already started moving of its own accord, doctors sometimes “fumigated” the patient’s head with sulfur while rubbing sweet-smelling lotion between her thighs to encourage the womb to move away from the unpleasant smell and toward the perfume scent to settle back where it belonged.

Urine To Whiten Your Teeth

Roman physicians (and poets) believed that urine was an excellent teeth whitener, according to Smithsonian. This is because it contains ammonia, which is known for its stain-removing properties. Luckily, mouthwash available to buy today is a lot more palatable.

Arsenic To Treat Fevers And Headaches

Despite being highly toxic, arsenic was used for hundreds of years to treat a wide range of conditions, from fevers and headaches to blood diseases. It might not be used to relieve minor ailments these days, but it still has its place in modern medicine. In 2003, arsenic trioxide (Trisenox) was re-introduced for the treatment of certain hematological malignancies.

In ancient Rome, people used raw veal to treat rabies — “a frightful, but not necessarily fatal, madness,” according to John Douglas Blaisdell in his Doctor of Philosophy dissertation. Anybody who was bitten by a mad dog got their wound cut open and covered with the raw meat. Thereafter, the patient had to eat a diet of lime and hog’s fat and drink a mixture of wine and boiled badger dung (there’s that animal excrement again).

In “Primitive Physick: or, An Easy and Natural Method of Curing Most Diseases,” which was first published in the late 1740s, British evangelist John Wesley proposed a simple cure for asthma: a fortnight of eating nothing but boiled carrots.

“It seldom fails,” he wrote. But how many people actually managed to eat nothing but carrots for two weeks?

Interestingly, beta carotene-rich vegetables, such as carrots and leafy greens, are recommended as part of a healthy diet for people with asthma, per Health, but you can eat plenty of other stuff, too. And to be clear, just eating vegetables will not cure asthma.

John Wesley (of “boiled carrots for a fortnight” fame) also recommended vinegar as a way to treat heart palpitations. First, he advised drinking a pint of cold water, then applying a rag dipped in vinegar to the outside of your body (around the heart area, presumably). The result?

“Be electrified,” he wrote.

Electricity For Toothache, Tapeworms And More

Wesley took his fondness for electricity one step further with his remedy for toothache. First introduced around the early 1700s, electrotherapy was used regularly to treat illnesses like epilepsy, paralysis, impotence and tapeworms. And some people had electrotherapy sessions simply for general wellness. It really puts those intravenous vitamin drips into perspective, right?

If you were prone to headaches, muscle cramps or stomach ulcers in ancient times, you may have been given a dose of so-called “corpse medicine” — a combination of human flesh, blood or bone. Unbelievably, this was common practice for centuries. As recently as the 17th century, King Charles II of England was partial to a brew known as “King’s Drops,” which was made of crumbled human skull and alcohol, reports History.

In the early 3rd century AD, Serenus Sammonicus (the personal physician to the Roman emperor Caracalla) suggested that the word “abracadabra” could cure malaria. In his book “Liber Medicinalis” (“The Book on Medicine”), he advised malaria patients to wear amulets inscribed with that magical word, “abracadabra.”

Another interesting rabies cure was promoted by early 18th-century physician Richard Mead. A “Gentleman’s Magazine” article, published in 1735,  provided the instructions: Mix ground liverwort (a small flowerless green plant) with black pepper in half a pint of cow’s milk, and take it every morning for four consecutive days. Afterward, the patient had to take a cold bath or go into a cold spring or river every morning while fasting for a month.

In the 1700s, German anatomist Lorenz Heister suggested several treatments for Bible cysts (more commonly called Ganglion cysts), which appear on the hand or wrists. Heister advised strapping a bullet that had killed an animal to the cyst or touching the cyst with a dead man’s hand. A less morbid option was to hit the cyst with a heavy book — this is why they’re called Bible cysts.

During the late 19th century and into the early 20th century, people actually believed you could relieve asthma attacks with cigarettes. Even famous French novelist Marcel Proust was a fan of this one. According to an article published in the journal Medical History, “therapeutic smoking” has its roots in most ancient cultures, everywhere from India to South America.

The Welsh medieval text “The Red Book of Hergest” contains some unusual herbal remedies, including one for “sadness.” Apparently, if you added saffron (a spice derived from the flower of Crocus sativus) to your meat or drink, you “will never be sad.”

However, this came with a warning: Don’t eat too much of it, or you could “die of happiness.” 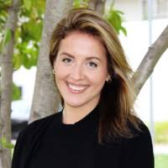 More from this Author

I am a chocoholic - I love chocolate, all types of chocolate. Fashion is my next love, I enjoy following all the latest fashion trends. During my free time, you can catch me snuggling up with my two kitties or binge watching Netflix.